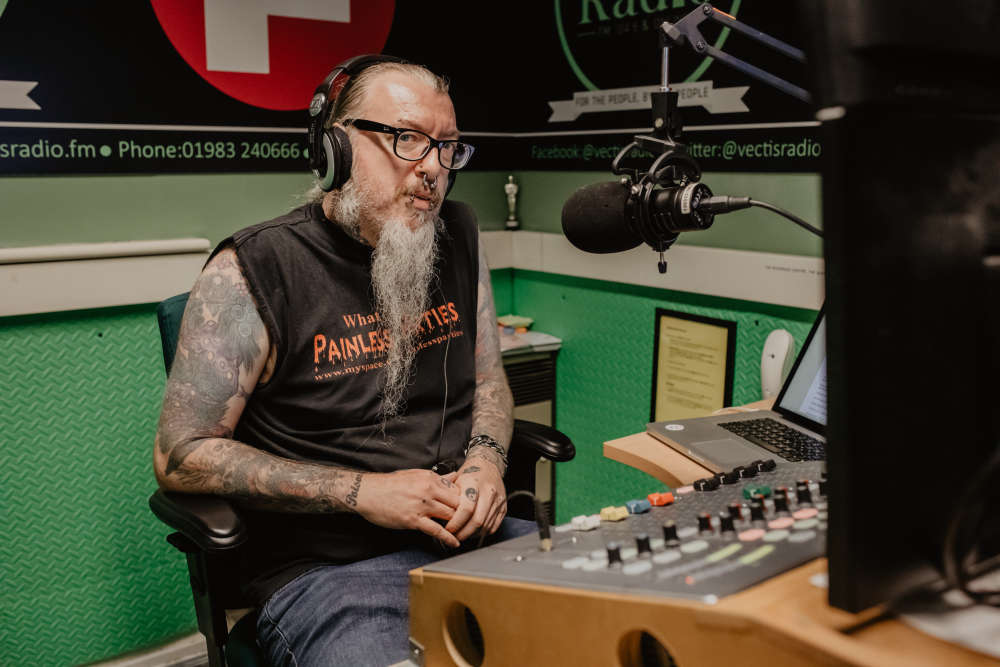 Well what do you want to say about Nick Painless? He is a stage and television veteran of over 20 years who has taken part in events across Europe. When the opportunity arose for Nick to join the Vectis Radio team it was an obvious choice as it allowed him to give something back to the community by helping other people.

You can join Nick on Monday afternoons between 1 and 4pm on Vectis Radio. His Monday show regularly features guests, local music and topics that concern the Island residents, which is all mixed up with a splash of banter to put a smile on the listeners faces. On Wednesday evenings Join Nick between 7 and 9pm for his specialist Rock Show, The Boiler Room. Two hours of Rock chosen by Nick himself, with comment & information about the genre in Nick's inimitable style. If you like your rock, don't miss The Boiler Room.